, (GLOBE NEWSWIRE) -- In a release issued under the same headline on by (NASDAQ: KTOS), please note that title was incorrect. The corrected release follows:

(NASDAQ: KTOS), a leading National Security Solutions provider and industry-leading provider of high-performance, jet-powered unmanned aerial systems, announced today another recent successful flight from its family of Collaborative Combat Aircraft (CCA)—flying and demonstrating capabilities since 2015. Kratos’ family of CCA’s include more than four different aircraft types, with each having been flying for several years, proving, validating, and demonstrating key mission capabilities, as the refines the ultimate range of requirements for the various CCA classes.

All of Kratos’ CCA systems are high subsonic, high maneuverability (high-g) jet aircraft, each optimized for different mission capabilities, with each incorporating stealth and other capabilities to help ensure survivability in today’s contested environment. Kratos’ publicly announced family of CCA systems range from a 350-pound class system to a 6000-pound class system and unrefueled ranges in excess of 3,000 miles.

Kratos rail-launched and runway-independent CCAs are developed to maximize performance per cost rather than being at the exquisite end of the capability and cost level. Therefore, they are ideal for “large mass, high quantity” scenarios and for distributed capability operations, where the loss of any one aircraft has a minimal effect on mission success and a minimal effect on cost of the overall mission. Current and recent conflicts, such as the war in , have emphasized the validity in the distributed/high mass strategy for today’s battlespace, further supported by the cost equation.

Across a portfolio of internally funded efforts and funded on-contract efforts, Kratos CCAs have flight-demonstrated the following mission capabilities in flights beginning in 2015 and continuing throughout the last seven years:

, President of Kratos Unmanned Systems Division, said, “There have been many reports in the recent months/years about the promise of capabilities – such as relative navigation autonomy for MUM-T operations, multiple CCA collaborative missions, control handoffs from multiple users/commanders for a single or group of UAVs/CCAs – demonstrated through UAV system simulations across the industry. Notably, each of these critical capabilities have previously been actually flight demonstrated and proven with the Kratos CCAs, beginning in 2015. Our aircraft have operated in actual flight—being controlled from, flown in formation using relative navigation based on the manned assets, and flown in coordination with F-16s, AV8-Bs, F-35s, F-22s, T-38s, CRJs, and other manned, as well as unmanned, assets.”

continued, “Kratos’ systems include inner loop and outer loop autonomy up through elements of level 4 with Kratos baseline software. The Kratos software includes open architecture interfaces to enable control from systems including the Government Reference Architecture Skyborg ACS, for example. All of these have been flight demonstrated on our CCAs with the Kratos baseline autonomy providing the foundation capability. Our continued internal and on-contract work is focused on supporting the in closing on the final requirement sets for the wide range of mission applications and on having field ready systems, which have been flight proven even before the ultimate capability requirements and programs have been published.”

concluded, “The DoD has reported consistently, especially in the last several months, that runway independence and the ability to operate from multiple non-large base locations is a critical enabler for our military’s successful operations in the most critical enemy threat scenarios. The has also reported consistently that large quantities or a mass of CCAs are the game-changer for success in the wargames and threat analyses. Other characteristics/capabilities which are significant enablers for mission success in these engagements/missions include a level of survivability through signature, speed, and maneuverability, plus range and endurance in substantial excess of today’s fighters, and finally, affordability based on both the mass analyses and cost trade conflict equation. Kratos’ systems have been designed specifically in response to each of these fundamentals, all which support the wargame analysis keys to success.”

, Kratos’ President & CEO, said, “At Kratos we have always been committed to ‘designed and built in the USA’, supporting the American worker, family, industrial base and our Country. As evidenced by the pandemic, supporting and strengthening the defense industrial base at all tiers is a critical key to the defense of our Nation overall. As part of this mission, Kratos develops and demonstrates complete capabilities with actual hardware, actual software, and actual systems. Proving capabilities within the challenging uncrewed aircraft arena can and will ever only be confirmed through actual flight—not simulations.”

continued, “By progressing to actual flight and actual demonstration with high capability-per-cost, yet affordable, systems faster than traditional and conventional platform providers can achieve, Kratos is changing the status quo. We believe in being disruptive and are investing our own resources at an industry-leading, unmatched rate to ensure the warfighter has increased capabilities sooner for less cost. At Kratos, affordability is a technology, and we will remain fully committed to this approach, including American designed, sourced, and built systems, which I am confident, especially based on the current and rapidly increasing threat environment, combined with the current financial and budget realities, is the right answer for our warfighter and for overall.” 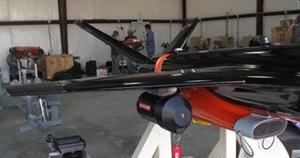 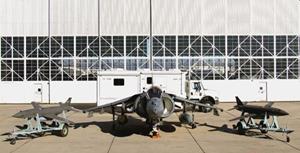 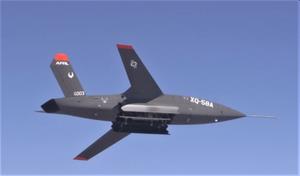 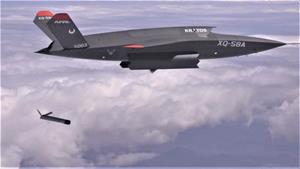